Mary Oliver was born in 1935, Ohio, America. She has published over a dozen collections of poetry and has been the recipient of numerous awards including the Pulitzer Prize. Her poetry is often a philosophical journey surrounded by nature. Maxine Kumin calls Oliver ‘A patroller of wetlands and an indefatigable guide to the natural world.’ Oliver is a keen walker, often pursuing inspiration on foot.inflatable game

This poem, just as the ‘wild geese’ are moving over the landscape, moves over us as an encapsulation of wisdom. Some critics have accused Oliver of being didactic, usually considered a bad thing in poetry, very few artists get away with dictating their beliefs through their art. But this poem, coming from the Walt Whitman and Ralph Waldo Emerson tradition is an exception to this rule. She is speaking of beauty in nature and of a nature-consciousness, which we are all a part of. As a result, the poem not only gets away with it but also excels itself. 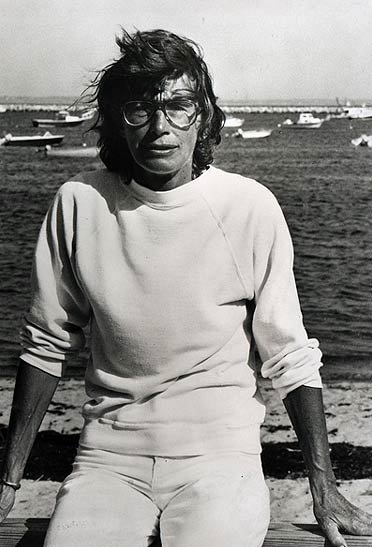 The voice rather than being holier-than-thou comes through like an elder of a tribe passing down wisdom, or a witch doctor – as if the words are being channelled from some higher source through the speaker. The tone is not severe like some damnable decree spoken by Jehovah; it is rhapsodic as the beauty it describes sweeps us along with the nature of the world.

In fact, the wisdom it speaks of is the antithesis of all the major religions’ doctrines. While Judaism, Christianity and Islam all have major preoccupations with good and evil, ‘You do not have to be good’ suggests the opposite. The next sentence doesn’t beat about the burning bush either; it alludes to Jesus’ forty days and nights spent in solitude wandering through the Judean desert fasting. We are told we don’t have to go to such lengths, all you have to do is ‘let the soft animal of your body love what it loves.’ Again, historically we have been made to feel ashamed of our bodies, but here we are told to love them, to be natural and trust our instincts. ‘Soft animal’ suggests that we are not cut off from nature but a part of it. Animals do not go about doubting their place in the world so why should we?

The next line directly invites us to speak, this could appear at first to be like a priest at confession, ‘Tell me about despair, yours.’ Then straight away the power is given back ‘and I will tell you mine.’ The trials and tribulations we suffer are something we all experience, it is part of life, but no matter how much pain we go through ‘the world goes on.’ If we can take our imaginations away from ourselves for a moment, we can see that we are part of something greater.

The next lines take us through that, across a vast landscape of ‘mountains’, ‘trees’, ‘prairies’, ‘rivers’ – thus out of ourselves. Then we are taken up to see the ‘wild geese’ which brings us back up to the title. By taking us through nature this way and up to the geese flying over this moving landscape, we are not just invited to see the geese but have been shape-shifted to become them; to see the whole landscape. God is not dictating to us, we have become like gods ourselves, to have a godseye, or birdseye view of the world.

We are the ‘wild geese’ and all of nature. The geese are also ‘heading home again’. Home is where the heart is, a symbol of nurturing and love. God is love, remains the cornerstone of all religions.

All the way we are being empowered and lifted up by this mystic wind,

‘no matter how lonely/ the world offers itself to your imagination.’

These lines are similar to the sort of thing President Obama might say. If we open our minds we can achieve anything, like a new form of leadership, of people uniting and working together; people from all walks of life seeing themselves as one people,

‘announcing your place in the family of things.’

The world is here for us sustaining us like a mother, (mother earth) and ‘calls to you like the wild geese, harsh and exciting.’ When Obama was elected, people spoke of a new age in politics, there was a seismic shift in peoples’ imaginations. It was ‘harsh and exciting.’

The rhetoric used in this poem with the opening refrain of ‘You do not have to’… and the repetition of ‘meanwhile’… is very similar to the pattern that a political speech might follow. Politicians are very aware of the persuasive power of words – just as poets are.

The form of the poem follows no particular system of rhyme or metre – this is called free verse. As with all good poems the form echoes the meaning, free verse perfectly complements what is being said. If this were written as a sonnet: following iambic pentameter, a set rhyme and other specific devices, it would have hindered the shape and upset the flow of the piece. The poem needs to find its own rhythm and rhymes as it swoops along; the line-breaks fall naturally rather than being manmade. The beats may not be regular in free verse, but like the ‘wild geese’ flying home that does not mean it doesn’t follow a pattern.

The stressed or long syllables like, ‘do not’, ‘be good’, ‘your knees’, ‘clean blue’, are what’s called spondee. These and the other long feet scattered throughout help give the expanse of the American landscape – and of course the ‘wild geese’ flying high in the ‘clean blue air’. This truly inspirational poem does a lot in a few words, reminding us no matter how lonely we feel inside, the world outside offers gifts. What’s more, as Einstein did – it believes in the imagination.

ADAM WYETH was born in Sussex in 1978, and has lived in Ireland since 2000. Wyeth's critically acclaimed collection, Silent Music (2011)  Highly Commended by the Forward Poetry Prize  has been hailed as 'a debut of astonishing assurance.' Ailbhe Darcy, describes Wyeth as a 'poet of ideas exquisitely wrought and swarming, demanding a reader awake to complexity on a subtle scale... The Irish Times say, 'Silent Music is a clever volume that playfully questions taken-for-granted certainties... a fresh and imaginative voice is evident.' Wyeth's second book The Hidden World of Poetry: Unravelling Celtic Mythology in Contemporary Irish Poetry was published by Salmon in 2013. The book contains 16 poems from some of Ireland's leading contemporary poets followed by sharp essays and close readings that unpack each poem and explore its Celtic mythological references. Paula Meehan says 'This book connects us back to a Celtic dreamtime through mythology, which is, no more, no less than the poetry of the ancestors. It reaffirms the vestigial and, paradoxically, central role of ancestral thought in contemporary Irish poetry.' Wyeth's debut play Hang Up, produced by Broken Crow, has been staged at many festivals, including the Electric Picnic, the Galway Theatre festival. Hang Up has been adapted for the screen, directed by Enrique Carnicero and premiered at Cork International Film festival 2014. In 2013 Wyeth was commissioned to write The Poetry Sessions, a full-length play covering all the poets on the Leaving cert syllabus, which has just been on its nationwide tour; co-written with Paula McGlinchey. His third play, Lifedeath, produced by Broken Crow was showcased at the Triskel Arts Centre mini festival of new work in December 2013 and was named by the Irish Examiner as the play of the festival. It was also performed as part of University College Cork's Theatre Festival and Engage Arts festival Bandon, 2014.

Film Review: Mr. Holmes – OAP Sherlock and the Tale of a Once Great Mind