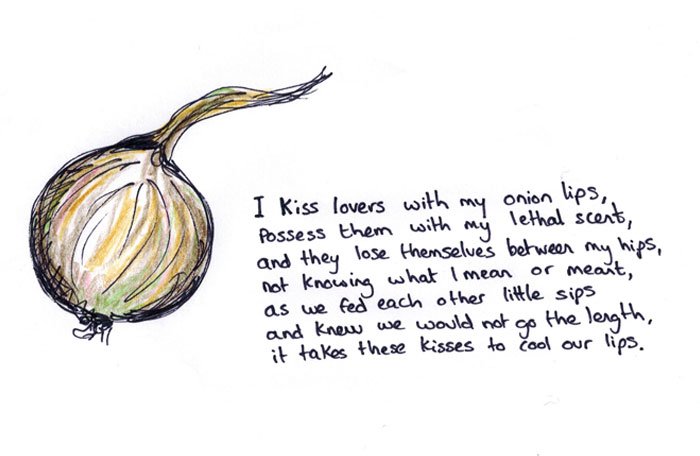 Lorna fired me from Gala. She cried and said she’s never fired anyone before, because people always quit first. That made me feel shit. The average Gala employee has the gumption to walk out and I remained there rearranging ice cream and losing the will to live.

That is in the past now. I am, again, a full time poet. I tried to explain to Mother the nature of my calling. My brother was packing a box with all the DVDs for his big move to the girlfriend’s parent’s attic next week. He paused to tell me I was deluded to think I had anything, but my name, in common with Sylvia Plath. I took her first name and Seamus Heaney’s surname, 4 years ago, when I realised my true calling. Unfortunately when I filled in the paperwork – I did not know how she spelt it. It’s always been a spot of contention for my brother. He still insists on addressing me as Mary.

I wrote ten poems today. Such is the nature of freedom. Each poem is a single sentence that reaches out, grabs your heart and squeezes it dry.

Word Count: A stirring short story about the impossibility of our existence.

It is now one week until I will be twenty five. I feel my mind is so much older and my soul older still. It is so hard to be so wise in this young body. I’ve decided to take an oath of silence to cleanse myself, before I embark on this next part of my life.

Mother sent me ten passive aggressive emails today about applying for a job and that she won’t have me turning into some kind of lazy poet that mopes about the house. I replied that I am confronting the nature of silence for one week and prefer she would respect that.

I switched off my emails. It is so hard to still the mind and write, when I am surrounded by this energy.

I wrote a poem about onions that may well change the face of poetry.

I left it in the kitchen so Mother might begin to understand my calling.

She simply wrote across the top that it was like a bad paraphrase of Carol Ann Duffy.

I don’t know who that is, but I do not appreciate her tone. Sadly, I was unable to slaughter her with the words that were whirring in my mind. Instead, I wrote a poem in which Mother meets an untimely death and left it under her pillow.

Mother has given away the cat. She read about them making young women’s hormones crazy and she thinks that’s what happened to me. I am still being silent. So I stared at her until she left the room. Which she did, hurriedly.

My brother’s girlfriend came by and giggled for 6 hours. She obviously doesn’t have the emotional or intellectual capacity to remain silent for longer than 5 minutes. Perhaps they are suited after all.

Mother tried to break my silence by inviting Laura over for wine. I left the house and walked until my feet bled. Which was to the corner shop, because I was wearing stupid shoes. Then I locked myself in the bathroom and ran the hot tap. It steamed up the mirror and I wrote a poem there. I could not even bring myself to read it. It felt monumental.

Then Laura and Mother banged on the door like insane people, because they’d drunk too much wine and broken the seal. With the rate mother goes to the toilet I’m shocked she has a seal at all. I let them in and listened to them read the words I’d written in high-pitched English accents.

It is harder than ever to confront the meaning of life, in this silence. The clock, the walls, the sofa, the meatballs we had for dinner… it all feels so oppressive. It is clear to me that I will be reborn on my birthday. Nothing else makes any sense.