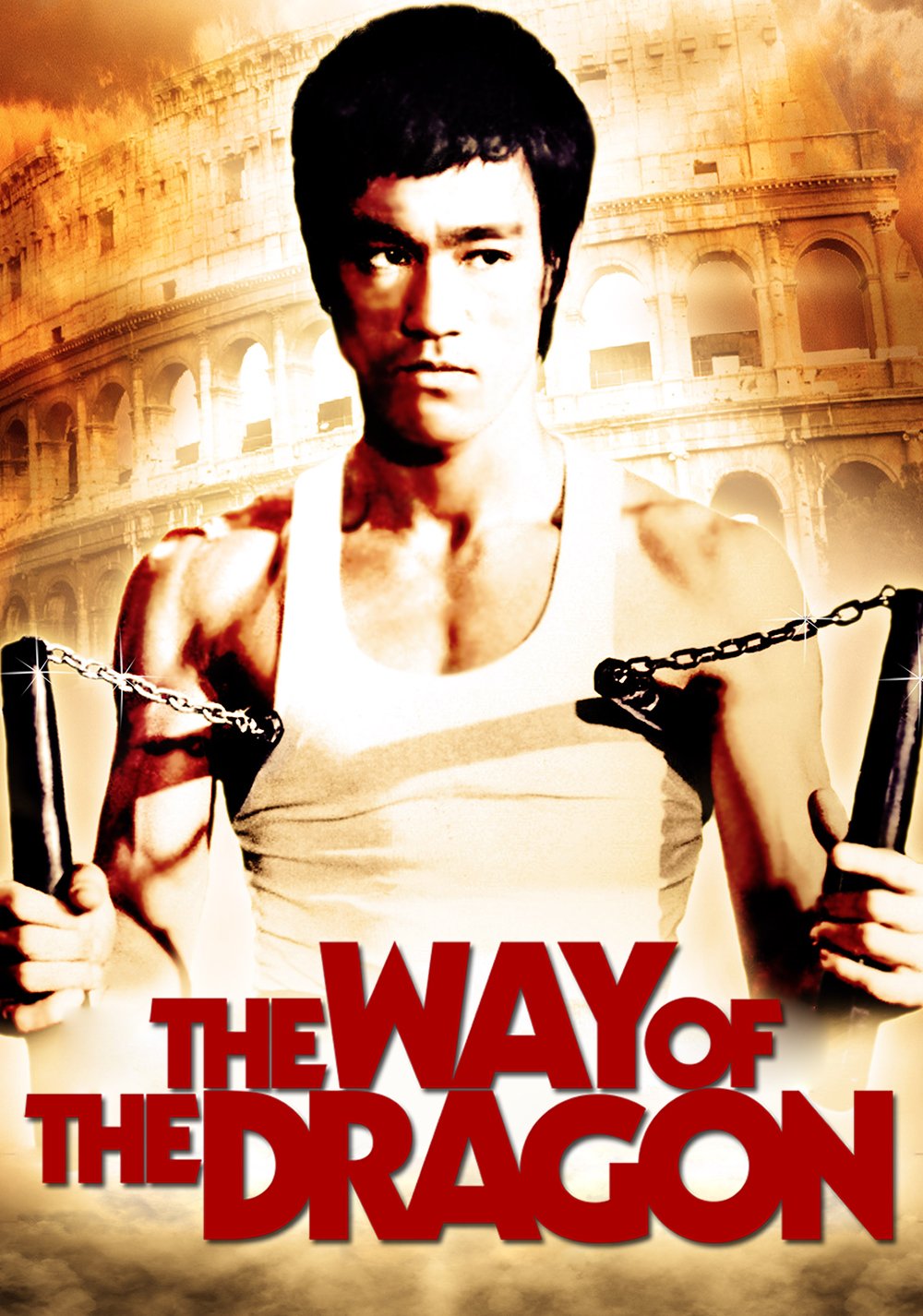 In Way of the Dragon Lee plays Tang Lung, a farm hand from The New Territories sent to Rome to help his friend’s niece who is being harassed by local mobsters looking to forcibly buy out her Chinese restaurant. At first, the audience and everyone around him are unsure of Tang Lung’s ability. These opening sequences showcase Lee’s comedic sensibilities, something which gets forgotten in the face of his martial arts prowess.

Way of the Dragon is Bruce Lee’s only completed directorial effort. Lee wrote the screenplay, performed in the lead role and produced the film with business partner Raymond Chow under the Concord Productions banner.

The film showcases Lee and other martial artists against the exotic backdrop of Rome, Italy. A young Ing-Sik Whang appears as a Japanese fighter, along with Robert Wall as a European henchman. Chuck Norris appears as Lee’s nemesis, Colt.

Note the exploitation style film-making on show here. Thugs are dressed like extras from West Side Story, “Italian Beauty” Malisa Longo gets near top-billing in the opening credits despite appearing for all of two minutes – the film is stylish and hip, and definitely appealing to a 1970s midnight movie audience.

Fight highlights include a back alley brawl between Lee and a gang of thugs, sparring between the Japanese and European henchmen, and Tang Lung’s showdown with Colt in the Roman Colosseum. Colt and Tang Lung have a particularly good fight, it’s the first time in the picture that Tang Lung is truly tested and Norris plays the fight-crazy Colt with some surprising, wordless depth.

Way of the Dragon is as fun and hip today as it was 43 years ago. At the close of the movie one character warns that in a world of guns and knives Tang Lung will have to be careful, but we know better, he’ll be OK.

Check out the DIFF website for tickets which are on sale now.

We will have previews of all the films so keep an eye on HeadStuff for more details.