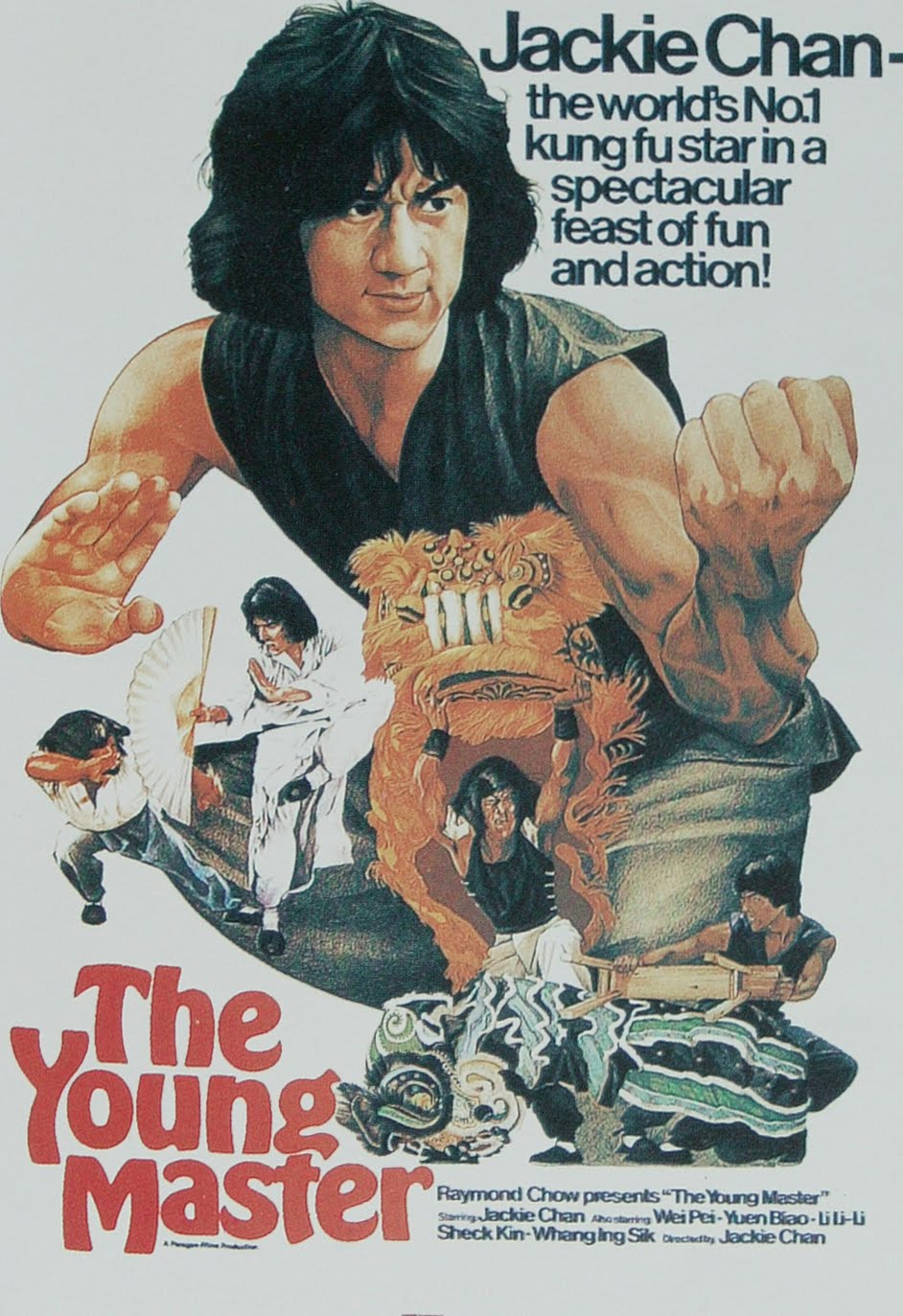 By the end of the 1970s Jackie Chan had established himself as a considerable figure at the Hong Kong box office. Films like The Drunken Master and Chan’s first directorial feature, The Fearless Hyena took in good money and cemented the actor’s star power. Unfortunately, Chan wasn’t seeing the benefits of these high-grossing pictures with production company Lo Wei keeping most of the profits for themselves, following some dispute Chan broke his contract with Lo Wei and brought his next project The Young Master to Golden Harvest.

The Young Master is a mostly lighthearted story of a disgraced kung-fu student who must save his wayward brother from a life of crime. To complicate matters Jackie’s character, Dragon, bears a striking resemblance to a wanted criminal. Much misunderstanding and kung-fu hijinks ensue as Chan searches for his brother Tiger.

The Young Master is notable for its dramatic tonal shift during the film’s climax. Dragon must face-off against a dangerous criminal named Kam portrayed by formidable hapkido expert Ing-Sik Whang. The final showdown is a brutal affair. Dragon is beaten down again and again and forced to get up again and again, he’s beaten bloody by Kam, who also does a number on Dragon’s fingers and limbs, twisting and crushing them into all sorts of unpleasant positions. Dubbing is to be commended here as the sound FX make this fight all the more impactful and visceral. Look out for a classic Chan moment as desperation leads to ingenuity and ultimately victory against a seemingly unbeatable opponent. Jackie is always the underdog but even the underdog has his day once in a while. This type of sequence becomes a staple of Chan’s filmography and can be seen throughout his body of work.

Also, be sure to listen out for Jackie Chan singing the closing number “Kung Fu Fighting Man” it’s an adventure in and of itself!

For more details and a full schedule check out the Hong Kong Kicks webpage.

Great Movie Fight Scenes: Part 5 – The Hunted Shows A Knife Fight at its Most…