Our weekly look at the latest news and trailers from the world of film, featuring some Oscars, some Doubt and Neil Patrick Harris in some y-fronts… It’s The Showreel! 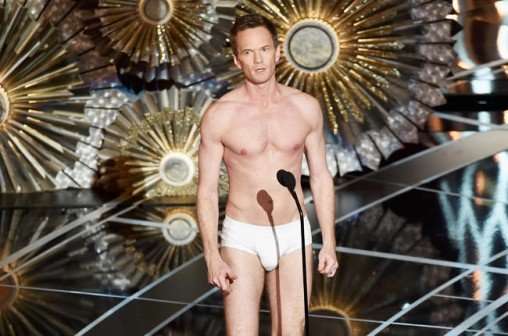 In fairness I don’t know if there is too much to argue about. Birdman and Boyhood were probably equally deserving of the Best Picture Oscar, and I’m glad the Academy didn’t cop out and give the Best Picture to one and the Best Director to the other. Birdman is an Academy favourite and appeals to the voters. The acting categories were nearly nailed on before Neil Patrick Harris began his fun opening number, however there has been a bit of backlash against Eddie Redmayne winning Best Actor, due to the overbearing Oscar-baitness of his performance in The Theory of Everything. Personally I would have given the golden statue to Steve Carell for his chilling performance in Foxcatcher, which didn’t pick up a single award on the night… probably the only bone of contention I have with this year’s awards.

A consequence of the lack of shocks in the awards left the whole spectacle a little flat with the only controversy (and I use that word incorrectly here) being in the content of the speeches themselves, where the winners took the opportunity to highlight many of the failings of the modern world including race equality, wage inequality and immigration reform.

There was a pretty mixed and uninspired reaction to Neil Patrick Harris as the Oscar host this year, with many of his jokes falling flat. His opening number was very good and was the highlight, with the following four hours failing to keep up the momentum and fun of the first few minutes.  Some of the weirder moments included John Travolta, who is continuing his descent into embarrassment, stroking the face of Idina Menzel and adding to his repertoire of Oscar shame.

A hard-working small business owner and his two associates travel to Europe to close the most important deal of their lives. But what began as a routine business trip goes off the rails in every imaginable – and unimaginable – way, including unplanned stops at a massive sex fetish event and a global economic summit.

Vince Vaughn has had a poor run of films in recent times. Delivery Man was poor, The Internship, Couples Retreat, The Dilema were all very average and are a long way from the likes of Dodgeball, Swingers, Old School and Wedding Crashers. In fairness, Vince Vaughn has pretty much been the same character in nearly all his films and it is down to the support cast and the script, rather than Vaughn himself, that defines the success and quality of his films. That said, Unfinished Business looks like it could be any other Vince Vaughn film… an outcast takes on a challenge bigger than him. Having Dave Franco play the goofy nerdy kid and Tom Wilkinson play the comic relief might be the selling point of this film, with Vaughn springboarding off their performances as he has done throughout his career. It does look like it has some genuinely hilarious moments and lets hope they are not all wheeled out for the trailer. One point to note… this is from the director of Delivery Man.

Unfinished Business is out March 6th

Welcome to Me  Dir. Shira Piven

A year in the life of Alice Klieg, a woman with Borderline Personality Disorder who wins Mega-millions, quits her meds and buys her own talk show.

This film has a lot going for it in Kristen Wiig, the film’s leading lady, who has been making people laugh for years and years, but often as a supporting character. Her profile is much bigger across the water where her recurring roles on Saturday Night Live have made her a household name, however her profile is still growing here and taking the lead in this quirky and clever film should gain her many fans if the style and the humour of the trailer perforate the entire movie.

With the likes of Adam MacKay and Will Ferrell behind the scenes, you can be sure there will be laughs, and the supporting cast, including James Marsden, Tim Robbins, Jennifer Jason Leigh and Wes Bentley, gives the film a grounded-ness and honestly that will hopefully shine through. Welcome to Me was premiered at the Toronto Film Festival in September and will be released theatrically in May 2015. 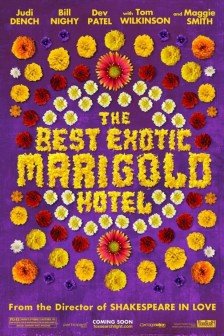 British retirees travel to India to take up residence in what they believe is a newly restored hotel. Less luxurious than its advertisements, the Marigold Hotel nevertheless slowly begins to charm in unexpected ways.

Over the last 13 outings of this segment I have mentioned numerous films which are not to be watched with the parents (Shame being case and point), and now for once I list a film that appeals to all generations. The sequel, The Second Best Marigold Hotel, is due out this month and the first outing boats a loveable cast in Judi Dench, Tom Wilkinson, Bill Nighy and a range of British acting class. It is mild overall but charming at the least. 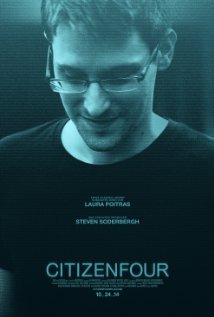 A documentarian and a reporter travel to Hong Kong for the first of many meetings with Edward Snowden.

Having just won the Oscar for Best Documentary on Sunday night, Laura Poitras’ documentary on the world of government surveillance and particularly on the leaks of whistleblower Edward Snowden shows that important stories about highly political issues can win the top awards. In many ways Citizenfour was the inverse of American Sniper at this year’s ceremony and gladly it was Citizenfour who was not ignored. 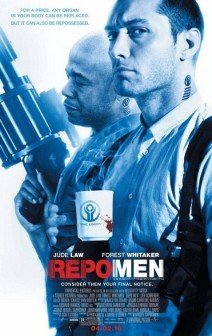 Set in the near future when artificial organs can be bought on credit, it revolves around a man who struggles to make the payments on a heart he has purchased. He must therefore go on the run before said ticker is repossessed.

It’s an odd sort of a film that shakes between self-aware humour, bloody gore and downright bad writing, but Repo Men has something likeable and clean about it, that redeems, somewhat, many of the film’s shortcomings. Jude Law and Forest Whitaker star. 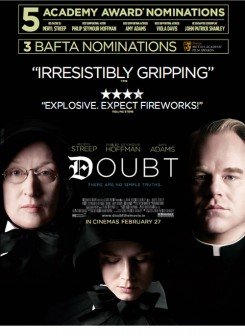 An allegory for the decision to invade Iraq in 2003 (I shit you not) and starring the late great Philip Seymour Hoffman, Doubt is John Patrick Shanley’s film adaptation of his own stage play and delivers some of the finest performances on the past 15 years with Hoffman, Amy Adams, Meryl Streep and Viola Davis all picking up Oscar nominations along with Shanley himself for Best Screenplay. I’ll admit it’s probably not everyone’s choice for a way to spend a Friday evening but it is worth your consideration, 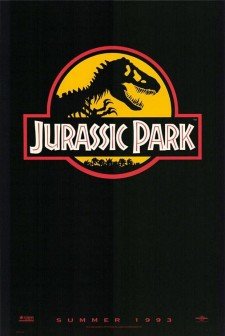 During a preview tour, a theme park suffers a major power breakdown that allows its cloned dinosaur exhibits to run amok.

Jurassic World is out later this year but will it match the first outing of the franchise? Jurassic Park is another perfect blockbuster adventure from director Steven Spielberg and shows the quality of its execution by showing no signs of ageing in its effects, adventure, thrills and fun. The late Richard Attenborough stars alongside Sam Neill, Laura Dern and Jeff Goldblum.

TTIP: Trick of the Trade or Threat to Democracy?