Good day to you, you fan of comedy you. Welcome to this week’s Tittererer’s Digest. We’ve plenty to be getting on with, but before we press on, let me just remind you that Headstuff’s funniest thing of 2104 poll is still open. Hop over to have a look at our shortlist and vote for your favourites. That’s the housekeeping out of the way. On with the digest…

Mike O’Brien is a writer on Saturday Night Live. He was one of the featured players last year, but this season has relinquished that role to concentrate solely on writing (although he does often appear in the pre-recorded sketches he writes). He’s been churning out some pretty phenomenal sketches recently. In addition to today’s CotW, may I also suggest checking out Monster Pals and Kids (the excellent Whites has been taken down unfortunately). I first came across Mike O’Brien when he was doing the 7 Minutes in Heaven web series, in which he interviews* comedy royalty among others in a wardrobe. Well worth having a look here. But this week’s Clip of the Week comes from the weekend’s episode of SNL. It’s called Grow-a-Guy. It features guest host James Franco, Mike himself as well as Beck Bennett playing a total dick the way only he can. Enjoy.[youtube id=”NDkCiQ-z5O0″ align=”center” autoplay=”no”] *creeps out

Peter Serafinowicz (The Peter Serafinowicz Show) and Robert Popper (Friday Night Dinner) are the team that created the fabulous mock-schools programme Look Around You. A few years ago, they put together a quite brilliant once-off thirty minute podcast called Radio Spirit World, which supposedly featured the output of a radio station run for and by the dead (listen to it here). This week, they’ve released a new instalment entitled Frost/Savile in which (as you may have guessed) David Frost interviews Jimmy Savile. It’s my Podcast of the Week. [soundcloud url=”https://api.soundcloud.com/tracks/180136933″ params=”auto_play=false&hide_related=false&show_comments=true&show_user=true&show_reposts=false&visual=true” width=”100%” height=”450″ iframe=”true” /] 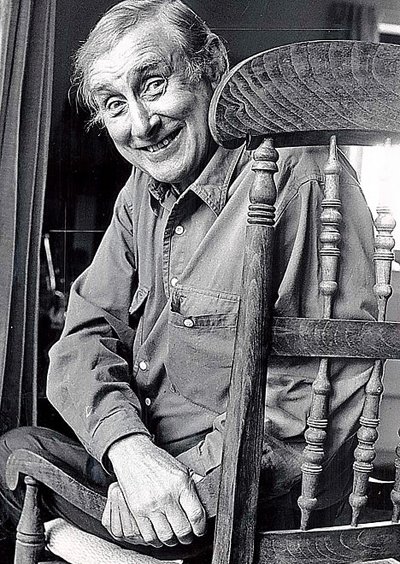 A treat this week for all ye fans of Spike Milligan. There’s a feature length documentary on BBC Four on Wednesday at 9pm. It’s called Spike Milligan: Love, Light and Peace. Milligan is such a fascinating character. I really can’t wait to see this. And if that’s not enough, directly afterwards, there’s a special highlight show, featuring sketches from his controversial BBC Two sketch show Q.

His work was amazingly groundbreaking and so unbelievably daft, yet he seemed to take it so seriously. So seriously that it of course took a considerable toll, especially suffering from bipolar disorder as he did.

P.S. One of the funniest books I’ve ever read is Adolf Hitler: My Part in his Downfall. It’s one of Milligan’s war memoirs and I can’t recommend it enough.

‘Spike Milligan: Love, Light and Peace’ is on BBC FOUR on Wednesday December 10th at 9pm and is followed by ‘Assorted Q’ at 10.30pm.

David O’Doherty is doing a week of shows in Whelan’s of Wexford Street. He’ll be performing his most recent show David O’Doherty Has Checked Everything at 8pm on the Whelan’s main stage every night from Friday (12th) until the following Thursday (18th). Here’s the pitch: “The forgotten Sugababe, the bad boy of Zumba, David O’Doherty presents a new hour of talking and songs. Take a ride into the Davidzone. One man. One small keyboard. With batteries. And a chair. And a mic. And cables. And a sound system. And then a room, obviously. With more chairs. And a lighting rig. It’s surprising how much stuff is involved actually.” If you’ve been to a DO’D show before, you’ll know what safe and hilarious hands you’re in. And if you haven’t, I find that hard to believe. But either way, get yourself down to it. Ticket are available from wavtickets.ie.

That’s it for this week. Hope you enjoyed the Digest. We’ll be back next Monday with more looking ahead and looking back at all thing comedy and/or comedy adjacent. Have an amusing week.
@Shaneinho

James Bloomfield Rush | A Will to Murder