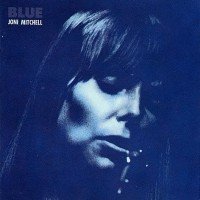 There are times when I wish I had picked up an instrument when I was a child and kept it up until now. Knowledge of musical theory would help me here. I know that there’s a ton going on in Blue. I usually judge a song based on how well the music and the lyrics play off one another. This is a straight up album about relationships. Specifically Mitchell’s own. She has the incredible ability to do something that great songwriters do; tap into something universal by being specific. As in Blue itself when she sings, ‘Everybody’s saying that hell’s the hippest way to go/Well I don’t think so/But I’m gonna take a look around it though/Blue, I love you’. Mitchell’s voice is strong and sweet throughout the album. Every song could be about a specific relationship with a specific person, given that each track offers a distinct take on a different component of human relationships. In a time when love songs are mostly comprised of generic, vacant gestures; Blue is a guiding light for those attempting to write songs of a genuine variety.

How could I not add it with those lyrics? 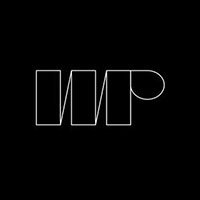 Warrenpeace is the act of the Speech Development Tour that I’m least familiar with. Seeing as they are visiting my hometown later this month, it seems like a good time to check them out. From start to finish SDR007 holds a lot of appeal. The album is paced well, even when shifting between smoother, sustained beats and more frantic ones. On Hometruths the dual vocals give the impression of a bifurcated personality given equal billing. Similar in tone to Billy Bragg, until the melodic voice is replaced by a more punk style growling. Some albums sound ‘busy’ in a negative sense, yet SDR007 is busy in the best possible way. There’s a lot of variation on this record and for some acts that can be disastrous. In warrenpeace’s case it allows them to show off. To sum up, SDR007 sounds like a video game soundtrack designed by a demented punk rocker that’s just on the cusp of coming apart. Hence making it brilliant.

This track is apparently an attack on Morrissey for his perceived hypocrisies. This doesn’t detract from the fact that it’s a well-constructed, well-written, pumping piece of music. 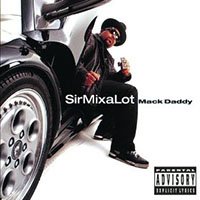 In case you’re wondering, there’s no doubt that Sir Mix-a-Lot himself is the essential Mack Daddy figure. The pop music industry is awash with asses. Meghan Trainor is All About The Bass, while Nicki Minaj is very concerned with Anacondas. Next year it will be legs. The year after that, feet. Then it’s right back to hair again and the cycle of what body part the pop industry finds interesting starts all over. It would be hard not to see this as a 20 year cycle beginning with Baby Got Back from Sir Mix -a-Lot. Essentially a jokey track about one man’s love for butts.* If I fail to remember any other tracks from this album, it’s with good reason. There’s not much to Mack Daddy. Sir Mix-a-Lot has always been at worst a competent rapper and at best really quite good. But his content let him down. The album is almost one note. He likes sex. He does traipse into social commentary with I’m Your New God, an intense song from the point of view of cocaine. And it’s good. Something I wanted to hear more of, so it’s back to his earlier work for me.

*Terribly misappropriated by Minaj for Anaconda. The worst song about butts using the best one.

Something a little different from the writer of Baby Got Back. 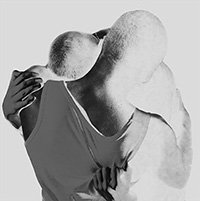 Young Fathers surprised people by winning this year’s Mercury Music Prize. The Edinburgh-based alternative hip-hop trio are definitely part of a UK-wide emerging sound, of which they are paragons. Dead fuses electronica, a strong bass line and a mix of melodic singing with spoken word. There’s also an excellent approach to low-fi sounds that appears in Just Another Bullet. When the music is stripped back the lyrics pop. This simplicity creates a deeper sense of intensity. Nothing on the album sounds standard. It’s carefully produced, intellectually written and chock full of elements from a thousand worthy influences. Young Fathers is a band clearly pushing itself. The varying sounds should pull the album apart at the seams, yet it doesn’t. All three members are capable on their own but it’s the interplay between them that gives Dead a strong narrative. This relationship sustains the album even when the music is sparse and the sound is raw. How much faith have I in Young Fathers? Dead is going into regular rotation for me as of tonight.

After a lot of deliberation I’ve decided that the opening track is the perfect way to get into Young Fathers without being scared off by the band’s eclectic sound. 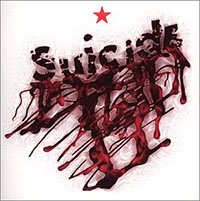 I chose Suicide because according to some, this is a terrifying album. And I agree. This is punk without its established instruments. Everything about Suicide is uncomfortable. Just over halfway through Frankie Teardrop I couldn’t take it anymore and drove onto the next track. There’s only so much indulging of an artist’s muse that I can take before I have to go in search of something else as the listener. The problem with Suicide is that often I wanted it to stop. Despite the album having great examples of what Suicide were capable of achieving, as in Ghost Rider and Johnny, as soon as the band start to indulge themselves I lose interest. I don’t know if it’s enough to say that I want to like Suicide. There’s a lot to like about electronic protopunk. It’s the album’s confrontational nature, both musically and lyrically that is both its strength and its weakness. When it works, Suicide is an intense and creepy experience. When it fails, you’re left to wonder why someone is shouting in your ear. 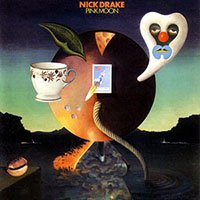 Singer-songwriters are appearing a lot this week. There’s a good reason for Nick Drake’s inclusion here. After a marathon of horror television and Suicide over Halloween, I needed something more relaxing. And the melancholy of Pink Moon was a pretty good choice. Drake’s voice is extraordinary. A voice that I feel I have heard a hundred times before, but have never paid attention to. Taking into consideration that my last few weeks have consisted of listening to other singer-songwriters like Hozier and Joni Mitchell, there is something different about listening to Drake. Everything is so bare; you begin to wonder what is there at all. The lyrics are simple. The lines are short. The choruses are short. The verses are short. This level of simplicity is powerful. I strain when listening to Drake’s album. As though suddenly in a very loud room and somebody is whispering something very important to me and I’m afraid that I might miss it. Drake’s sound is more traditional than Mitchell’s and it is tempting to call him less brave. Yet, by choosing to create such a short and simple album, he was clearly pushing himself creatively by pulling away everything he deemed unnecessary in music. The result is worth it. 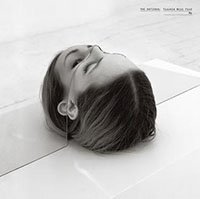 Sometimes the purpose of AudioBlind is to slay my musical demons. The National are one of those bands permanently on the edge of my consciousness. Trouble Will Find Me is notorious for being full of despair and existential questioning. There’s also a feeling of impending doom pervading songs like Fireproof. This is a big band with many instruments and clearly the ability to thump it out, instead choosing to hold it all back. The entire album feels held back. Not creatively or musically, but emotionally. Music heard through the muting effect of a depressive mood. There’s something worthwhile about having all the power and never using it. I can hear the pedigree again of the great American alternative rock tradition. Yet here the focus is on the emotional state of the individual, conveyed with an intensity usually reserved for some great politically motivated comment. I like The National’s approach to songwriting; most of the songs have a haunted sound, reflecting key emotional states during the writer’s life.

A heart-breaking track full of the emotional messiness at the end of a relationship.