Want to Save the Planet? Stop Buying So Much Damn Stuff

The green movement has been growing in popularity ever since we started to realise the unbelievable amount of damage human society has been causing to our environment. Amidst all the talk of recycling paper and bringing your own bag to the grocery store, it seems to frequently be lost on us how much our never-ending need for more belongings is one of the strongest factors driving overproduction and waste.

Are industrialised nations killing the planet with our fetishisation of “stuff” and the joys of “ownership”? Oh, yes. We definitely are. So let us count the ways.

Let’s pick on smartphones for a moment, since they’re the lowest-hanging fruit. The original iPhone debuted in 2007. Consumerist nations spent every subsequent year salivating over which hardware and software features the next model would bring. There was, every step of the way, a vocal counter-culture complaining about how upgrading had begun to feel mandatory, even though it never really was.

Then, Apple spent a few years performing mild design iterations on the iPhone 6’s basic design, as though to answer the recriminations coming from the fringe. Our response?

“Apple is dying because iPhone is boring now!”

We held a miracle in our hands and peered into a window that leads to infinite and instant information. And now we find it boring. Never mind all that complaining we did earlier about smartphone makers “compelling” us to upgrade every calendar year and how they contribute to throw-away culture. We want something new, damn it! 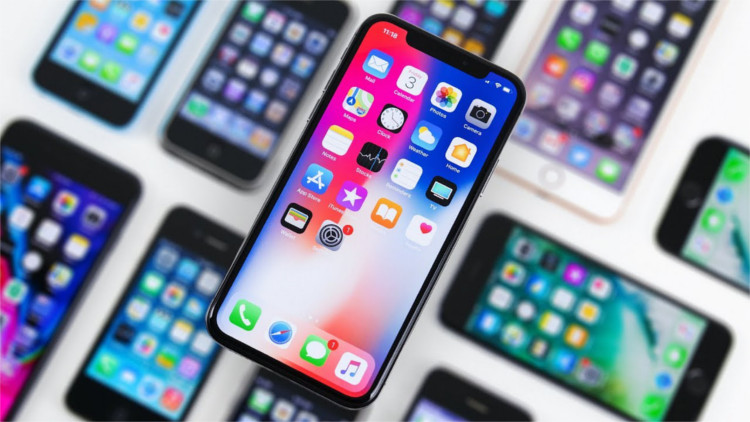 This is one of the most obnoxious possible cases of “damned if you do, damned if you don’t.” And it might be funny if the mentality behind it didn’t pose a real and present danger to the future habitability of planet Earth. We’re so bored with our telephones now that we agonise over whether the next one will fold in half like the universe’s laziest Transformer.

Here’s one idea — unless your telephone breaks, you almost certainly don’t need to replace it. Human beings buy about 1.5 billion brand-new smartphones per year, which is an unconscionable waste of resources. Electronics represent an estimated 70 percent of the toxic waste in our landfills. Emphasis on toxic. We poison ourselves and our entire ecosphere by buying unnecessary merchandise that’s so like last year’s merchandise it’s hard to tell them apart.

That takes care of the smartphone problem. Now, let’s move on to the rest of the garbage heap that is the legacy of late-stage capitalism and psychotic consumerism.

The Phrase ‘Western Decadence’ Exists for a Reason

Let’s be clear about something — “humanity” does not have a consumerism problem. “Western civilisation” is the one with a problem — and specifically America, in whose image every up-and-coming economy has fashioned itself since World War II. Economies where hundreds of breakfast cereal and blue jean brands and “infinite choices” can coexist alongside rampant poverty and homelessness.

Generations of American hegemony on earth have delivered us to the precipice of a nightmare most of us don’t want to — and don’t even know how to — think about. Our appetite for “stuff” is one of the proximate causes of our planet’s changing climate and the fact that plastics can be found in the deepest ocean trenches and in most turtles and whales. We don’t burn coal and oil just to heat our homes — we burn them to make more stuff. Plastic zippers. Blue jeans. Billions of shiny new telephones and “Dick Tracy” wristwatches we don’t need.

Consumption is not a uniform phenomenon across the earth, however — and hopefully for obvious reasons. The people of the first-world consume much more than they need to, while the people of the third-world get by with far less than they require. One way to look at our current situation is this — we impose a “linear” system (consumption) on a “finite” system (our planet). Our limited natural resources are monopolised by a relatively paltry fraction of the current human population. American and western consumption leaves the rest of the world in bondage and in poverty. Wage slaves pick our cocoa beans and mine the metals that find their way into our telephones. Over here, we demand free months of Amazon Prime whenever our latest order misses its delivery window.

If “Right to Repair” legislation isn’t on your radar, it should be. Everybody from smartphone and laptop owners to farmers using complex agricultural equipment has skin in this game. “Right to Repair” laws are laws intended to fight against proprietary standards, closed systems and deliberately uninterchangeable parts. In other words, companies of all sizes have spent the last few decades making their products difficult or impossible for owners to service themselves — and even lobbying governments to protect their legal “right” to do so.

With one hand, manufacturers increasingly build products with extremely finite lifetimes. With the other hand, they write their warranties with laser-precise language to ensure hobbyists, tinkerers and even restoration professionals face legal repercussions for fiddling with things they already own or want to keep out of landfills.
Microsoft even had a man sent to jail for this.

Apple catches flack for intentional obsolescence, for reasons both real and imagined, but Microsoft’s recent behaviour is completely beyond the pale. Eric Lundgren thought he did the world a favour by refurbishing electronics headed for the landfill and installing fresh copies of Windows on the repaired devices. Microsoft caught wind of this, accused him of an “elaborate counterfeiting operation” and saw him thrown in prison for 15 months.

A man literally spent over a year in prison for trying to help others extend the lives of their computers by distributing software to them that was already freely available. The most he was actually guilty of was using the Dell logo unlawfully, which would normally be a civil issue worth a fine, not prison time.

It’s going to take a lot of social and political pressure to get our Right to Repair codified in state and federal laws — and to pressure multi-billion-dollar companies into relinquishing the monopolies they’ve built, in part, by ensuring nobody but their “authorised technicians” can repair, refurbish or resell their products. Apple only recently and grudgingly began honouring warranties for devices which had received battery replacements from third-party providers.

Electronics aren’t the only source of waste across the globe, of course. Most everybody in the “first world” is guilty of spending money they don’t have, on things they don’t need, only to toss them in the trash at the first sign of a malfunction or because the latest model came out.

If we want to give real change an honest shot, there are measures we can take on the individual level. Here are some ideas:

There’s one last question to answer: Is “zero waste” possible?

The Dream of Zero Waste 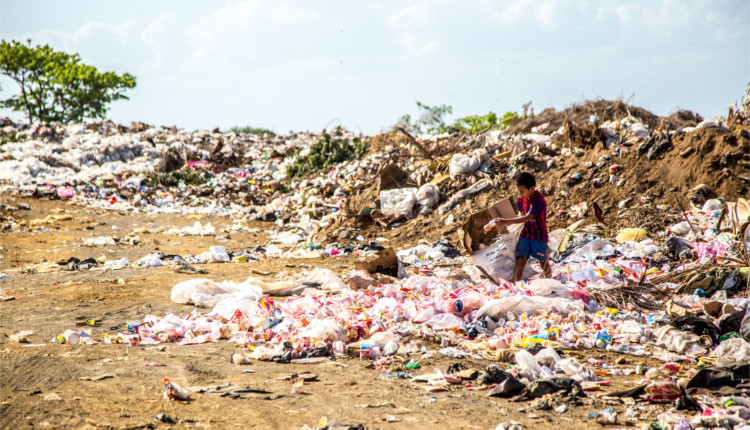 The answer is, “yes.” The longer answer is, “not if we don’t reinvent capitalism from the ground up.”

Proponents of zero waste suggest the solution to runaway consumerism lies at the intersection of incentivised recycling of all kinds of material products, intelligent design, legislation that protects repair shops and the aftermarket, and, more than likely, technology that hasn’t yet been invented. We only reclaim about 20 percent of our e-waste right now. Apple’s phone-disassembling robots are a welcome and positive step. But they represent one company, recycling just one family of products, imperfectly.

This is a shared fight. The good news is, you can take steps yourself, beginning today. Keep your wallet in your pocket, close that Amazon.com tab in your browser, learn to be handy by repairing and restoring, and downsize your life’s footprint by asking yourself — what would I bother replacing if I lost it today? The planet needs us, now more than ever, to remember that we’re the sum of our actions — not the sum of our stuff.

Just Who is the Google Stadia For?

Album Review | Inni-K Matures on The Hare & the Line