Social Media, Mental Health, and Why We Should Be More Open

We live in an era where information is more readily accessible than ever before. It’s possible to call friends and family on the other side of the planet for free using Skype. We can post pictures and videos to social media in seconds through our smartphones. We stay connected through Facebook, WhatsApp, Instagram, Snapchat and any other number of online outlets. Yet, it is also a time when people feel increasingly isolated and detached from those around them. Social media is used by many as a mask to hide their true selves from the world. We filter our photographs before posting them. We constantly edit our words. We compare ourselves to others’ perfect lives, or the image of perfection we see others flaunt online. We measure out our lives in ‘likes’. 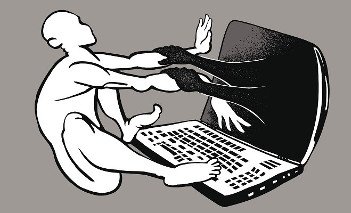 Something I find becoming increasingly rare are honest, meaningful interactions between people; both online and in person. When asked how we are, the standard answer of, “I’m fine, things are great,” is all we can generally muster up. More of a knee-jerk reaction than a response. What’s wrong with just saying everything isn’t absolutely perfect? Where is the harm in just telling the truth about what’s going on in our lives? Who do we need to impress and keep happy but ourselves? We live in an era where Internet speed is ever-increasing, yet we are sinking farther and farther into a black pit within ourselves, terrified of what might happen if we open up and share our experiences.

Around 500 people take their own lives in Ireland each year. That’s almost 10 people a week who feel they have no other option but to end their lives. What’s even more shocking than the above figure is the disparity between male and female suicides, with men being four times more likely to take their own lives than women.

It seems the average woman is less fearful than the average man when it comes to discussing mental health. Women are more inclined to confide in their friends or family and work through their issues. Inversely, men are more prone to bottling up their suffering and masking it through alcohol abuse, drug abuse, self harm or whatever other implement of destruction they can wield to punish themselves for feeling the way they do. It’s a vicious cycle, as the sufferer relentlessly beats themselves up for feeling like shit, in turn winding up feeling worse than they did before they began self-medicating. This is not to say that women do not do any of the above, but simply that men are more prone to this behaviour as a direct result of being less open to talking. It comes as little surprise that men more often succumb to their mental health issues and become constricted by these feelings, ultimately dragging themselves down into a dark place few ever relish visiting. Is it really a more viable option for some men to die in silence than it is to admit there’s a problem and go about facing it? Think about that for a second. Some men would rather die than own up to experiencing a hard time, afraid of being judged or ridiculed by their peers. 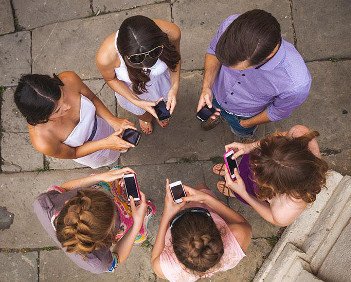 Society decrees that we cannot openly talk about depression, anxiety or mental health in general. We don’t talk about those kinds of things. We’re all fine. There is no problem here. We live in a time where great things have happened in our small country. Same-sex marriage has been legalised and the country is increasingly distancing itself from the control of the Catholic church. Society dictates the tone of open mental health discussion, but we are all a part of said society. We all have our roles to play in encouraging those most vulnerable to talk, and to face their fears. We can all help people that suffer from mental health issues to take a stand against the demons they face, to speak up and seek help.

If we use depression as an example and compare it with, say, a broken leg, the ways in which both are dealt with couldn’t be more contrasting. A man breaks his leg. He goes to the hospital. They put it in a cast. He rests his leg. It heals. The cast is removed. His leg is good as new. Now think for a second if he did what most men do when it comes to a mental health concern, but with his broken leg. Man breaks leg. Doesn’t tell anyone. Man cannot walk properly. Man hobbles around on broken leg for months. Man is in incredible amount of pain. Still does nothing. Leg is absolutely fucked and will never be as it once was. This is essentially what we do when we refuse to seek help for an illness that takes the lives of at least 500 people every year. No doubt we all know someone, or know of someone, who has taken their own life. It’s a tragic and heartbreaking occurrence and it affects so many people – not just the person who commits the act. The one way we can combat this is to show that sharing your experiences is a sign of strength, rather than weakness.

We are perpetually in a state of flux. Life is a fluid experience, as are all aspects of it. When we prevent our feelings from entering and leaving our being, they can stagnate and take up space inside us, weighing us down and causing a build-up of internal pressure. This pressure can come in many forms but the way to release it and re-establish internal equilibrium is to let these feelings, thoughts and experiences out. The best way to do this is to vocalise how we feel.

Steven Gannon’s mental health awareness community ‘Feel Unreal’ can be found on Facebook – where you can also view videos about his goals, and the importance of discussing mental health.

Steven Gannon is a drummer, fitness enthusiast and sneaker fanboy from Dublin, Ireland.