My Transition Diary #1 | Stepping Outside as a Trans Woman

Just over a week ago, 47 years after I was born, I changed my name by deed poll.

It was a relatively straightforward process. I met a close friend who had kindly agreed to be my witness. We went to the office of a Commissioner for Oaths and signed the deed and an affidavit stating that from that day forward I was abandoning the use of my old name, that I will use my new name at all times and that I would require everyone else to use my new name. It felt weird signing a document with my new name. I’m still not used to using my new signature.

We then took the documents to the central office of the High Court to have them enrolled. In the waiting room there were a few people in the queue ahead of me, all changing their names for one reason or another. I spoke to a young man who was changing his surname. I didn’t ask him why. It wasn’t any of my business.

An elderly foreign man at the counter was changing his surname and that of several family members. The clerk who dealt with him was patient and kind as he explained the next steps in the process. I didn’t know why he was changing his name either. But looking around, I was, I think, the only trans person there. It was obvious, at least to me, why I was changing my name.

[perfectpullquote align=”right” cite=”” link=”” color=”#8D3AF9″ class=”” size=””]This purging and acquiring went on for years and it pains me now to think of all the money I wasted essentially denying who I was.[/perfectpullquote]

Growing up trans isn’t easy. Growing up trans in the Ireland of the ‘70s and ‘80s is even less so. I’ve read many accounts of trans women’s lives and the formative years are usually pretty similar: trying on your mother’s or your sister’s clothes, experimenting with makeup, trying on heels, hoping against hope that this is just a fad and that you’ll grow out of it, feelings of shame and guilt, praying to God to make you a girl or sometimes praying to God to make it go away.

My life was no different. I went through phases of acquiring clothes and makeup and then, feeling utterly disgusted with myself, binning those items and promising myself I’d never do it again. But of course, that didn’t work and invariably I found myself acquiring female clothes again. This purging and acquiring went on for years and it pains me now to think of all the money I wasted essentially denying who I was.

And then the time comes where dressing up in secret is no longer enough. You can’t stay cooped up any longer. You need to be you and you need to be able to step outside. These usually involve late night excursions: sneaking out under the cover of darkness, the logic being that there will be fewer people around, without thinking that this was perhaps even more dangerous. A woman, on her own, late at night. And yet, somehow, I survived all that without any incident. And then came the day when I went outside in daylight for the first time.

You pause before the door. Your palms are sweaty and your heart is hammering inside your chest like a caged bird trying to escape.

You’ve checked, double checked and triple checked yourself in the mirror from every possible angle. Your makeup, your clothes, your wig are fine. You look like an ordinary woman going about town. No-one will know.

You check, double check, triple check that you haven’t forgotten your key. The last thing you need is end up stuck outside without your key. Finally, with a deep breath, you open the door and step out onto the street.

Adrenaline courses through your system and you are aware of everything going on around you. Fight or flight time, baby. You decided to fight and continue walking. A man comes towards you. Oh Jesus. What if he realises? He must know I’m a fraud. He can see right through me.

But he walks right past you.

He doesn’t say anything. He doesn’t acknowledge you. You are just another stranger to him. A woman out and about doing her business, like countless other women.

You start to relax but you scan every face coming towards you looking for negative reactions and a realisation that you’re a fake and a fraud and that you don’t deserve to walk the same streets as everyone else. You brace yourself for the inevitable shout of “Tranny!” or “Man in a dress” but it doesn’t come.

You have survived your first outing.

Other outings will be less successful but it all helps you to develop a thick skin. When you’re trans, a thick skin comes with the territory. 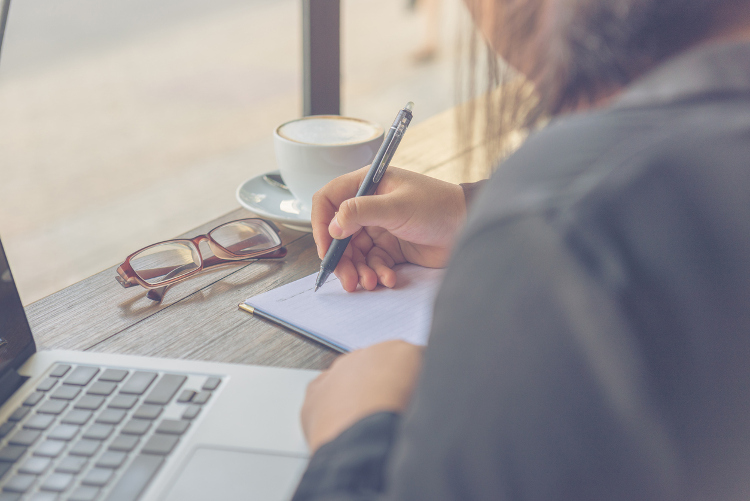 The hardest thing a trans person ever does is step across the threshold and go outside. And not just for the first time. All the time. Day in and day out. These little heroic acts of bravery are happening everywhere every day and no-one, except the people they are happening to, realises.

Even now, as an out trans woman, I still pause and take a breath before walking out the door. I usually don’t even realise I’m doing it but when I’m being mindful I catch myself doing it. I wryly smile and tell myself not be so silly, but it’s there and it probably always will be.

[perfectpullquote align=”right” cite=”” link=”” color=”#8D3AF9″ class=”” size=””]Other outings will be less successful but it all helps you to develop a thick skin. When you’re trans, a thick skin comes with the territory.  [/perfectpullquote]

Indeed, there are days when I just can’t face stepping outside. Days when my brain tells me that I’m not fooling anyone, that I look ridiculous, that I’m not feminine enough. But I’ve learned to overrule my brain. I am a trans woman and I’ve learned to accept that. It’s taken me a long time but years of social conditioning will always give me moments of doubt. I mentioned this to a friend of mine recently, a cisgender woman, and she said that sometimes she feels something similar, not feminine enough, and that what she does to counteract this is wear a favourite perfume or a pair of heels that help restore a balance of femininity. Wise words.

To use a god-awful cliché, life is a journey and being trans is no less so. I’ve been thinking about the many milestones I’ve passed along the way. There was the day I came out to my sister, the day I took my first blockers, the day I dispensed with my wig and went out au naturel, the day I came out at work, the day I spoke at an event in Dublin Castle.

And then there are the milestones that are coming towards me: the day I take hormones for the first time, the day I get my Gender Recognition Certificate, the day I change my birth cert and my passport and-… so many damn milestones. Trans people, it seems, aren’t just allowed to be.

All of these are things most of the population takes for granted. Trans people can’t take anything for granted. We have to fight every day to be ourselves and sometimes it seems like an uphill battle. When more and more mainstream media is giving voices to people who question our agency and who question whether trans women are women and whether we should have access to female-only spaces or whether we should be allowed to self-declare our gender.

I’m proud to say that Ireland – yes, Ireland! – is doing pretty good on these fronts. The vast majority of Irish feminists are intersectional and Ireland is one of five or six countries in the world where trans people don’t have to be sterilised before they can declare their gender officially.

The Ireland of 2017 is vastly different to the Ireland I grew up in and that is a good thing. Can we do better? Of course we can. We can always do better.

We need to listen to trans voices. We need to hear more from trans people in all walks of life. I was the first trans person to transition in my workplace. It’s a small thing, but it makes me proud. There. I’ve said it. If the guilt-ridden teen of the ‘80s could see me now.

I’m proud to be trans.

Aoife Martin is an IT professional and outspoken advocate for trans rights. She trended on Twitter once and has been dining off the glory of that ever since. In her spare time Aoife enjoys wrestling her unwieldy book collection into shape and having opinions on film. She can be found babbling away on Twitter where her handle is @aoifemrtn

Wanking Horses and Wearing Deer | In Defence of Freddy Got Fingered

My Transition Diary #6 | Tights, Makeup, & A Severe Lack of Pockets