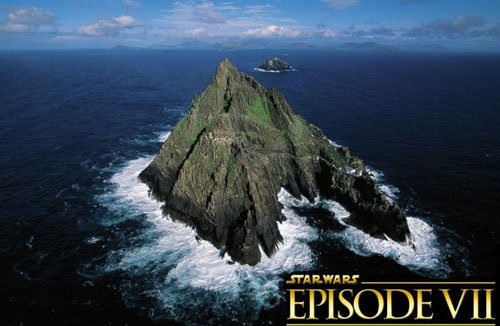 Hollywood is once again stirring excitement down County Kerry way. The Star Wars franchise is joining a long list of films shot on location in The Kingdom over the years. The notable of these are of course David Lean’s sprawling epic Ryan’s Daughter and the less than impressive Far and Away, but the first taste Kerry got of the film business occurred in the early 20th century.

In 1910 an American film company made the decision to travel outside of the United States to make a film. The Kalem Company was founded three years previously and Sidney Olcott was the company’s go-to director. When Olcott was asked where in the world he would like to shoot a film his answer was the land of his mother’s birth; Ireland.

In August 1910 the Kalem Company landed in Cobh, or Queenstown as it was then known, they then travelled on to Killarney. The first film the Kalem Company made in Kerry that year was The Lad From Old Ireland. The realistic yet picture-postcard look of Killarney and its surrounding area served as the ideal backdrop for Olcott’s films. The following year Olcott and the Kalem Company returned to Kerry once again. The Lad From Old Ireland had become a hit with audiences in America, being especially popular with Irish emigrants, and so a larger crew was sent to Kerry on the second trip. While touring in a jaunting car Olcott came across Beaufort and decided the small village outside Killarney would suit as his studio headquarters while shooting in Kerry. Locals didn’t know what to make of this strange troupe of actors and camera men from America, and some even laughed off the very notion of a moving pictures company setting up shop in the rural village. Olcott and his crew stayed at the Beaufort bar and the ‘interior’ shots were filmed on a platform set up in a yard at the back of the bar. The film company, who gradually became known as the O’Kalems, travelled all over Kerry to shoot their films. One time the large cast and crew managed the long trip to Dingle over fifty miles away from their base only to discover when they got there that they had left the camera behind in Beaufort.

The films made by Olcott in County Kerry had two main themes: revolution and romance. Films such as Rory O’ Moore and Robert Emmet Ireland’s Martyr played to a nationalist sentiment, something the Irish audience in America relished. While romantic themes abound in films such as The Fishing Maid of Ballydavid and A Letter From Ireland.

It wasn’t all plain sailing for the Kalem Company in Kerry. The Catholic Church were hostile to their presence and denounced actors for dressing up as priests. Before a pitchfork wielding mob drove the Kalem Company out of Ireland, Sidney Olcott met with the bishop of Kerry and along with the American consul they came to an undisclosed agreement. Just like modern day film shoots in county Kerry, it brought welcome financial bonuses through transport hire and accommodation while many locals were hired as extras for five shillings a day.

While the Kalem company were in Kerry, one film a week was made and overall, up to seventy films were shot there. In 1914 Olcott designed plans for building a permanent film studio in Kerry but when WWI broke out his plans were cast aside and the Kalem Company left Kerry and never came back. 100 years later Kerry is still attracting film crews, and if a film studio was successfully built all those years ago then who knows, perhaps the whole Star Wars saga could have been made there!

Comics Unmasked – Art and Anarchy in the UK