A few years back, the country crooner Randy Travis was arrested for driving under the influence of alcohol. Good ole Randy Travis. He was reported by some people who saw him stroll into a local store naked and demand cigarettes. He then went and crashed his car in Texas drunk off his brains. The cops found him sometime after midnight still buck naked and rambling like a crazy man. Ah good ole Randy Travis. It wasn’t the first time he was arrested for drunken misbehaviour. In another incident, he was picked up outside a Baptist church for being a drunken mess. His mug shot looked like he was trying his best Clint Eastwood impression scowling with a hard grin, but he carried the face of a beaten drunk and maybe that is the face that represents the true grit of country music.

In the world of country music there is the God-fearing, church-going type who sings gospel numbers but who could then turn as quick as a flash into a demonic drinking hell-raising son-of-a-gun. Country music is seeped in contradictions such as that but on the other hand those contradictions could be seen as a sort of twisted redemption. 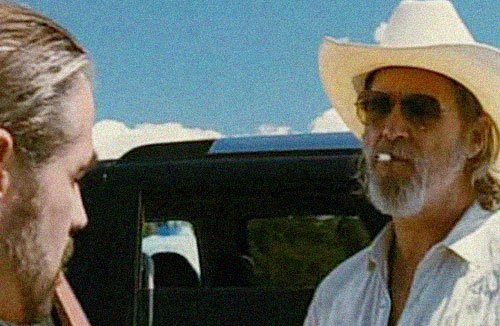 Hollywood caught on to the trend early on with movies based on icons such as Hank Williams and Johnny Cash but it was a fictional one in 2010 which brought the country drinking scene to the main stage; Crazy Heart gave its leading man an Oscar. Jeff Bridges played a washed-up drink-sodden country singer Bad Blake, perhaps the best made up country crooner that ever was. He drank, he fucked, he sang in and out of tune and gave two fingers to the world but found redemption in the end. Bad Blake epitomised the real grit of country music but that was all just fictional. If we want a real hero of the grit and the grime of the Nashville industry then we need to look at George Jones.

He was called ‘No Show Jones’ due to his habit of going on benders instead of turning up for concerts. George Jones truly lived the songs he sang. One time when one of his wives hid the car keys to keep him disappearing off down to the bar, he just sat up on his lawnmower and rode off there anyway. Another time he reportedly flushed thousands of dollar bills down a toilet for drunken fun.

While Jones was the face of crazy country, Tennessee Ernie Ford was the gentleman of it. Ford was old school country, the type dad would listen to. He was a suave looking guy sporting a Clarke Gable moustache, surely he wasn’t a raging alcoholic. Oh yes he was. Tennessee Ernie Ford had a catch phrase, ‘bless your pea pickin’ heart’ but it was his liver that needed the blessing. Ford soaked it in whiskey. He would be so full of whiskey that he could sometimes see his own breath in the middle of July. 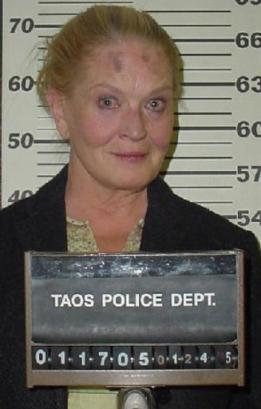 Alongside the tough cowboys there were tough cowgirls too. Lynn Anderson was arrested for driving while drunk in 2004 and again in 2006 when she crashed her car into the back of an another car.

Tanya Tucker reveled in her outlaw image but it was far more than just an image. Since her teenage years, Tucker was a heavy drinker. She continued her booze-drenched lifestyle right through the 70s until the party ended in 1988 when she was persuaded by her family to enter the Betty Ford Centre. Tucker is still kicking about today, but for many country booze hounds the result is rather bleaker.

Booze and country music is a love affair that goes back several decades. The godfather of country music, Hank Williams, was a noted boozer. He died at the age of 29 but in his short life he drank like a fish. He abused alcohol so much that it almost had to take out a restraining order against him.

Another young death in the booze-soaked world of country music came in the form of Keith Whitley. Whitley epitomised 80s country music with his big hair, big suits and big appetite for destruction. He went to the big bar room in the sky at the age of 34 but left behind tales of excess that even the hardest of alcoholics wouldn’t be able to stomach. One story tells how when his wife got rid of all the booze in the house she later found him drinking her nail varnish remover as a substitute.

Country music was, and to a certain extent still is, a genre of music soaked in booze, dripping in heartache and wet with legends.