Even Crayfish Get Anxious! 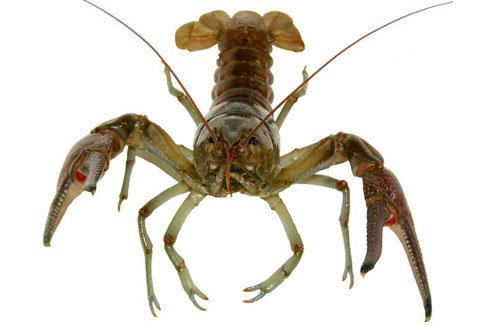 In order to find out how the human body and brain works, first we need to begin with animal models. This is the basis of all biomedical research and has led to a detailed understanding of human physiology and also pathology. There are more and more researchers trying to unravel complex behaviours such as stress and addiction. These types of studies attract a lot of attention (and funding) because we actually know very little about these complex behaviours which are in no means simple to elucidate. Recently, I attended a great talk by an Italian researcher working in New York, Christina Alberini, who is trying to study post-traumatic stress disorder (PTSD) in rodents. It was fascinating stuff.

Several months ago, Pascal Fossat joined one of the research institutes that I work in, here in Bordeaux. He presented his work on crayfish to the whole institute and people really loved it. Pascal spent the past few years working on an animal model of anxiety. What was most surprising from this work was that it was all done using crayfish.

Although it is a very novel finding, that crayfish can be stressed, it’s not completely unexpected. There have actually been many studies using different models to study stress. Among these animal models we can count humans, rodents, zebrafish and even the sea slug Aplysia.

Pascal’s great work has just been published in Science where he demonstrated that these rather simple animals actually do show anxiety behaviour. In this paper, the team of researchers put the crayfish into an aquatic plus maze where two of the arms were in the dark and two were lit up. Normally, crayfish like to spend their time in the dark arms, Pascal told me that this is normal because they are burrowing animals. But they are naturally curious and also spend some time exploring the light arms of the maze.

In the experiment, the crayfish were removed from this maze, put into different tanks and were then given electrical shocks. These electric shocks which were just big enough to trigger a ‘tail-flip’ movement, which the crayfish uses to escape from the perceived danger. When these researchers put the crayfish back into the maze they found that, following these shocks, the crayfish spent a lot more time in the dark. A clear indication of anxiety/stress behaviour.

During stress in vertebrate animals, there is specific activation of certain brain centres, such as the hypothalamus, which induces a physiological response to stress. In humans and rodents stress activates the hypothalamo-pituitary axis which, among many consequences, leads to the secretion of hormones in your blood and can induce the ‘fight-or-flight’ response to stress.

Crayfish however, don’t have the same brains as vertebrate animals. Nevertheless, their more simple brains do have a corresponding brain structure involved in the stress response which induces the release of hormones called the X-organ. The X-organ is under the control of serotonin (known as 5HT), yes crayfish have serotonin in their brains too. So when this team injected only serotonin into the brains of crayfish (without ever giving the shock) they were able to see the anxiety behaviour in these animals.

One of the most interesting findings was that the anti-anxiety drug Chlordiazepoxide (CDZ), sold for human consumption under the name Librium, was able to completely block this anxiety behaviour in the crayfish.

Pascal Fossat, lead author on this paper, said “these findings could suggest that this anxiety behaviour has been evolutionarily conserved between species or that it evolved independently between mammals and invertebrates. I am inclined to believe it has been conserved”.

If it is true that this behaviour and its mechanisms have been conserved between species, this means that the crayfish could be an excellent model to further understand the molecular mechanisms underlying anxiety and potentially other behaviours.

I asked what the future holds for crayfish research, Pascal told me “the crayfish has a very simple nervous system, therefore it’s the perfect model for people wishing to study neuronal circuits and simple behaviours”.

So the future seems bright for our invertebrate friend. However, Pascal tells me that he doesn’t believe that the crayfish will take over as the main invertebrate model because we still know so little about these animals. Even the basics, like reproduction in the lab in order to keep a stock of animals are extremely difficult.

Nevertheless these animals are capable of showing complex behaviour, social interactions and are even capable of learning certain tasks (given the right conditions). Pascal assured me that there is more to come on the neurobiology of the crayfish…

Here is a schematic explanation of the findings presented in this paper. Fossat et al. 2014. 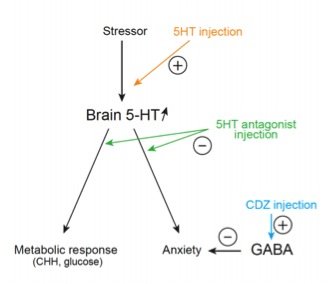