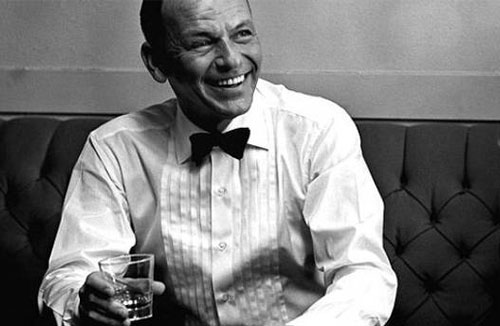 Sinatra’s smooth singing tone was deemed the voice of the century but his love of Jack Daniels gained him the nickname ‘Bourbon Baritone’ and he was often seen accompanied by a tumbler of the Tennessee whiskey.

Sinatra wasn’t just any old whiskey drinker, he had a particular way of drinking it. He called it the nectar of the gods and always toasted his audience with a glass of it. On stage the bottle was always sitting on a silver tray and then Sinatra would pour two fingers of Jack Daniels over thick ice cubes before splashing it with some branch water, but not too much for fear of diluting down the bourbon. He also had a way of holding his tumbler of whiskey. He never held it by the rim, he always cupped it in his palm with a napkin under the base of the tumbler. Ole Blue Eyes once stated that it was Jackie Gleason who thought him how to drink whiskey, but Sinatra would be the one who would eventually become associated with the drink.

At Sinatra’s house you knew it was party time when he would hoist a black and white Jack Daniels flag above the roof of his large abode. His mansion in Palm Springs California would become the setting for many wild parties and drunken fights. A basin in one of the bathrooms still bears a long crack in it from the time he threw an empty whiskey bottle at his second wife, Ava Gardner, during one of their many heated arguments. Sinatra’s affair with whiskey lasted longer than any of his marriages, in fact it was a long and happy union.

Without doubt both Jack Daniels and Frank Sinatra are American icons but that Tennessee whiskey also released a dark side in Sinatra. He was renowned for flying into drunken rages. His temper was hot and kept at that temperature with the amount of whiskey he poured down his gullet. But he did enter dry spells now and then. In the weeks leading up to a recording session, Sinatra would give up drinking in order to keep his voice but once recording was finished, Ole Blue Eyes returned to his wild whiskey ways again.

One story from the 1950s goes along the lines of Sinatra drinking in a bar in Manchester after a concert in the Palace Theatre. Downing his bourbon alone, Sinatra spotted a policeman and enticed him to drink with him. The policeman promised he would once he clocked off, which he did and promptly returned to the bar to drink the night away with Sinatra. Sometime in the early hours, the American singer was so drunk he could not remember the address of his hotel so the policeman took him to his home where he spent the night on the couch in the policeman’s sitting room. The policeman went to bed upstairs and told his wife that Frank Sinatra was sleeping on the couch downstairs. His wife didn’t believe him and chastised her husband for making up such drunken fantasies. The next day before the policeman’s wife woke up, Sinatra made off quietly into the Manchester morning harbouring a bourbon made hangover.

One time the bourbon baritone remarked in an interview; ‘Alcohol may be man’s worst enemy but the bible says love your enemy.’ Well it seems Frank Sinatra certainly had a lot of love for his enemy. 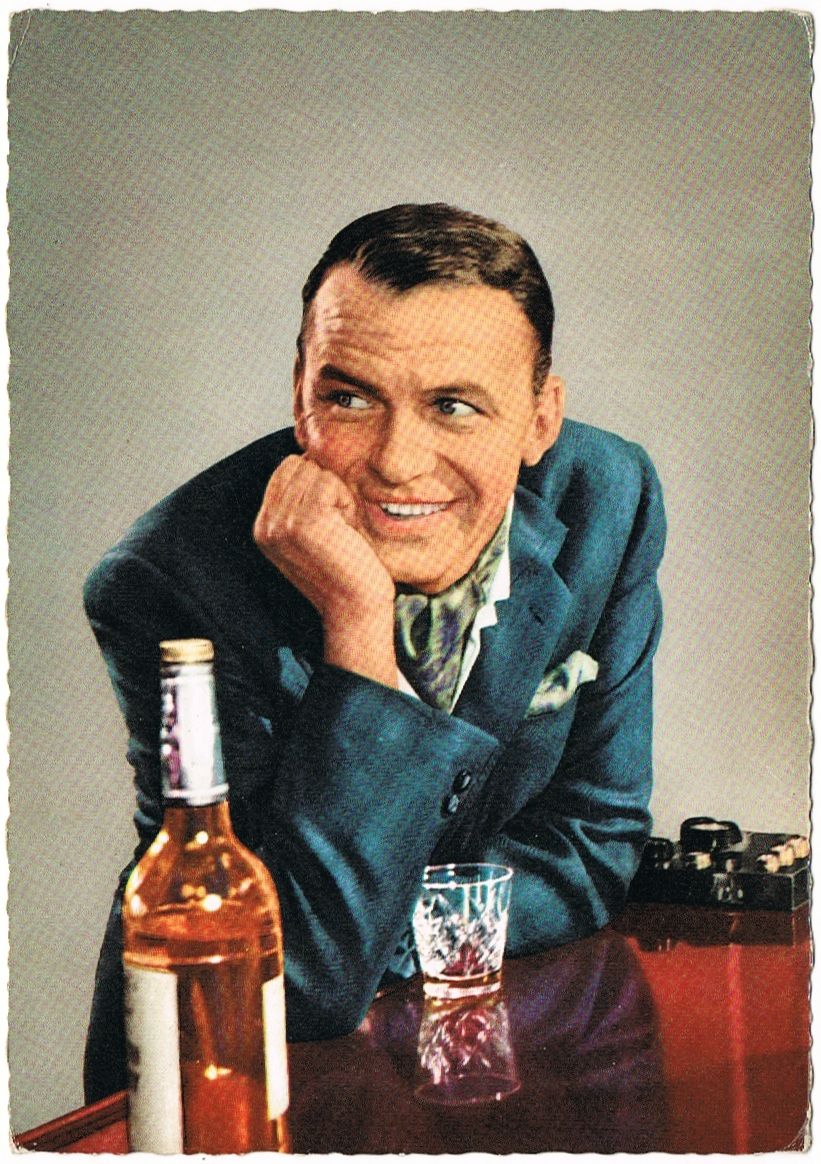