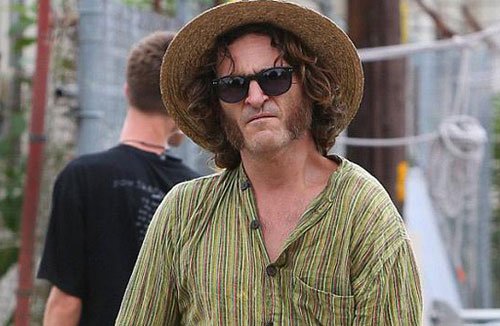 There are very few directors that make me excited when they start production on a new film. There are a lot of directors I like, and I will be excited when I see the trailer, or perhaps, read the premise and see the cast and the writers and so on. But for me, I think, there are three directors who, from the moment they announce that they’re going to get out of bed, I’m stimulated. Yes, I used that word. It’s almost sexual.

In my own opinion, Wes Anderson has done no wrong, and whenever he makes a film I will see it as soon as it comes out. He has never let me down. Same goes for Quentin Tarantino, I have been thrilled by each of his movies. Some people might count Death Proof as his let down, but, truth be told, that is one of my most rewatched films.

The other director who has never let me down is Paul Thomas Anderson, and judging by this trailer for his new film Inherent Vice, he will continue his run of form. What an absolute legend. Those sideburns on Joaquin Phoenix are almost enough for an Oscar already.

It is very sad to see a Paul Thomas Anderson trailer without Philip Seymour Hoffman in it, I am sure he would have had a role if he was still alive.